The River Contract model, which is about water conservation in the catchment area, originates from Belgium. Information is exchanged at eye level with the participation of all actors (private, governmental and business).

One particular advantage is the short distances to actors in practice, administration and politics. The confidential framework also includes the possibility of formulating interrelationships and clarifying them by mutual agreement.

The River Committee formed under the River Contract meets at least once a year and is a public gathering of all actors working in water conservation. Information is exchanged here, new ideas are contributed and the representatives of the Executive Board are re-appointed every three years. Working groups can be set up here on specific topics.

Whereas at the beginning of the project (in 2006) a programme of measures on various topics was drawn up and over 85% of it implemented (2008-2011), the work currently consists of measures to be taken further, current topics such as support for implementation of the Drinking Water Ordinance and technical measures for renaturation and habitat improvement.

Current activities include controlling giant hogweed – an invasive, non-native plant – supporting municipalities in maintaining their surface areas without pesticides, many awareness-raising events for adults and children on the watercourses, but also participation in national or other local nature conservation projects…

Financing is provided by the Öewersauer Nature Park and supported by the Ministry of the Environment within the framework of a convention. The municipalities that are not represented in the Nature Park pay a contribution to expenses for each inhabitant. 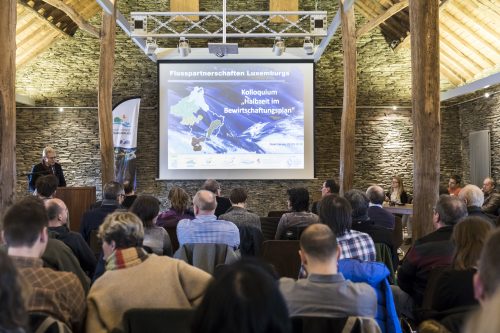 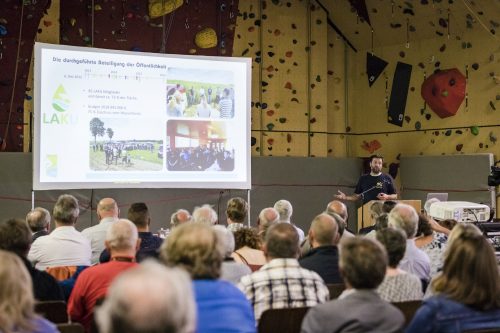 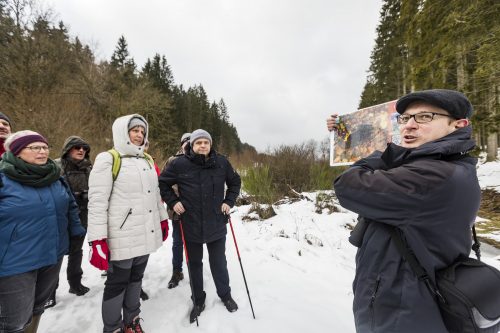 Natura 2000 is a European network of nature conservation areas created under the 1992 Habitats Directive.

Natur Genéissen awards producers who farm close to nature and protect it, promotes their products and creates a new sales market through cooperation with local canteens.

“Fléizen“ is an agricultural method of meadow irrigation used to increase productivity on hay meadows.